Thirteen Years, A Whim, Donald Maass and a Book! 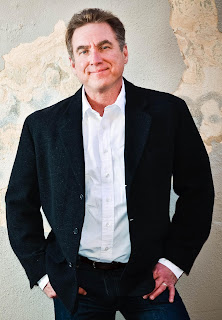 Michael J. Webb graduated summa cum laude from the University of Florida and obtained his J. D. from the same university.  Over the past forty years he has travelled the world in search of adventure.
He is a history buff, both ancient and modern, and is fascinated by the intersection of the scientific, supernatural, and Biblical world views, and has studied and taught from the Bible extensively for more than twenty-five years. He is also intrigued by recent discoveries in quantum physics that are now providing extraordinary insights into the reality of the spirit realm, especially as it relates to the study of Light.  He incorporates all of the above into his supernatural thrillers.
Michael and his wife make their home in Charlotte, North Carolina.


Last fall, on a whim, I entered a publishing contest sponsored by Risen Books (www.dndbooks.com).  Much to my surprise, my supernatural thriller, The Oldest Enemy, won.  I wrote the novel in late 1998 and early 1999 while reading two vastly different non-fiction books simultaneously:  one on exorcism and the other about the massive theft of art and gold by the Nazi’s during WWII.  (Story ideas come from the most unexpected places!) I tried for a couple of years to find an agent and/or a publisher, with no success.  After double-digit rejections from both, the manuscript went in the drawer. On Monday, October 1, 2012, 13 years after I wrote this fast-paced thriller, the E-book version of The Oldest Enemy will be released.  Then, on November 15, 2012 the paperback launches.  (I’m still a little bit in shock!)  Ironically, many of the exciting events that happen in the novel are now unfolding on the world stage.  Nope, it’s not serendipitous--it is the timing and Providence of Almighty God.  I also now have an agent, Don Maass of the Maass Literary Agency in NY.  That, too, is an awesome “God story.”  If you love to curl up and read a page-turning thriller with fascinating characters and a plot that will keep you on the edge-of-your-seat, be one of the first to get a copy of The Oldest Enemy.  If you’d like to hear more about my writing journey, its ups and downs, and the God moments all along the way, I’m starting a blog on my new website www.michaeljwebbfiction.com, or you can read my posts @ http://www.facebook.com/MichaelJWebbBooks.  If you have questions, comments, or would just like to correspond, write me @ michaeljwebbbooks@gmail.com. Blessings, and shalom.

Books by Michael:  The Master’s Quilt, The Nephilim Parchments (formerly Balaam’s Error), The Song of the Seraphim (Giants in the Earth trilogy), The Oldest Enemy, The Gathering Darkness (agented with Donald Maass at the Maass Agency).  He is currently working on The Devil’s Cauldron, the sequel to The Gathering Darkness.  He also authored a non-fiction work entitled In the Cleft of the Rock: Insights into the Blood of Jesus, Resurrection Power, and Saving the Soul.


It's all better with friends.
Posted by Peg Brantley at 1:00 AM 1 comment:

An excellent interview. One of the comments she makes toward the end regarding what she's learned from writing her most recent novel is exactly what I learned from reading Dean Koontz. Now if I can only apply it appropriately!

Posted by Peg Brantley at 11:03 AM No comments: