Why I Love What I Do

Why Do I Love Being Involved In The Book Publishing Industry?
“When I finally found the courage to independently release my first novel, RED TIDE, I felt a sense of accomplishment. But then my first reviews began coming in—from people I don't know. READERS! People who don't know me were reading my words and I was humbled.My next high-point? Through the Amazon KDP Select program, my book was getting checked out of the library. READERS! I loved libraries as a kid and  thinking about my little book flying through cyber space for someone to enjoy was and is an incredible thrill.”
-- Peg Brantley, RED TIDE, Suspense Novelist , Crime Fiction Collective

for the complete blog: http://bookmarketingbuzzblog.blogspot.com/2012/05/where-do-you-look-for-ideas.html
Posted by Peg Brantley at 9:46 PM No comments:

Today I'm being interviewed by Jean Henry Meade over at Mysterious Writers. I would love to feel your support on that blog. She's had some pretty heavy hitters in the past and I'd hate her to think she wasted her time with this brand new author no one knows.

Oh. You could also win a copy of RED TIDE if you leave a comment. (That's a bribe.)


It's all better with friends.
Posted by Peg Brantley at 1:00 AM No comments:

Today at CFC I'm talking about feeling the crunch of time we all feel, and then the sudden intrusion of another passion… creating a trailer… and the time it takes.

Please stop by Crime Fiction Collective and lend your advice.

It's all better with friends.
Posted by Peg Brantley at 1:00 AM No comments:

When something fabulous happens to a writer there's a tendency to call him lucky. His timing was perfect so he got someone's attention. She got in the business before the business changed. He must know someone.

But the truth is, she's worked hard. Luck didn't come knocking at her door while she was sitting on her behind. She pretty much lived and breathed to write good books. Every day she showed up for work and took care of business. And one day Luck noticed.

L.J. Sellers is one of the hardest working authors I know. She has always been there to give me some advice or kick around some ideas. She's encouraged me and become a trusted friend. Now she shares some fantastic news. I hope you'll stop by Crime Fiction Collective and congratulate her.

I've made three copies of RED TIDE available on Goodreads. The very cool thing is that Goodreads will let me know who wins those copies just after the giveaway ends on June 14th. I don't have to figure out how to have a random drawing.

There's a link on the right side of this blog if you'd like to enter.

Posted by Peg Brantley at 7:49 AM No comments:

I hope you enjoy it and it gets your week off to a good start.

It's all better with friends.
Posted by Peg Brantley at 10:17 PM No comments:

Today I'm blogging at Crime Fiction Collective about trying to figure out how to keep Humpty Dumpty sitting on the wall. Come by and say hi. And tell me how you do it all.
Posted by Peg Brantley at 6:50 AM No comments:

You guys know me by now. If there's a dog involved, I'm a sucker. But this young woman seems to have herself together even beyond her greyhound, and I'm please to have Cat Connor here to talk a little about the space that she's used to create her series of books. 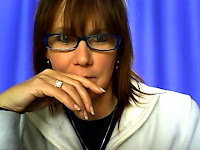 New Zealander Cat Connor is the author of The_byte series of FBI thrillers published by Rebel ePublishers. So far the series contains killerbyte, terrorbyte, exacerbyte, and Flashbyte - her latest thriller about the life of SSA Ellie Conway. Her first novel, killerbyte, was a finalist in the 2010 EPIC awards. 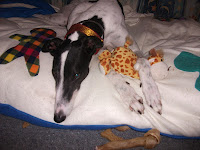 Cat spends her days writing with her rescue greyhound - Romeo, keeping her company.

Probably best if I start with an introduction.

Hi, I’m Cat Connor. I write thrillers. (I have an overwhelming compulsion to add - it’s been 7 weeks since my latest book was released.) 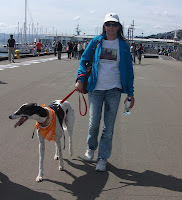 I write the _byte series which is a series of novels about FBI Supervisory Special Agent Ellie Conway. Honestly, I have so much fun writing, it should be illegal.

When I was thinking about writing this post and how I’d write this post I started to think about where I work and how my workspace has changed over the years, so I thought I’d tell you a little bit about how and where I write.

Once upon a time (because all good stories start like that) there was a writer who was also a mum. She had so many children she didn’t know what to do. Actually, it was more like she couldn’t get any peace. Her desk used to sit at the end of the dining room under the windows and face into the room. All the better to keep an eye of the small ones and supervise the goings on of the fledglings.

So she worked away at her desk, going slowly mad with the noise and the constant questions. Eventually, she happened upon a brilliant idea and moved her desk to the laundry room. The laundry room was a long narrow room and much of it wasted space. Finally she had her own area. To make sure it stayed her own space she fitted an alarm to the interior door. She also discovered the joy of being able to sit at her desk with the back door open and smoke. It worked fine over the summer. The older children watched the smaller ones. The noise was muffled by doors.

Then came winter. It was cold in the laundry room. She gave up smoking and moved her desk back into the dining room. With a sigh she was back into the chaos and the laughter that comes with a gaggle of young ones. 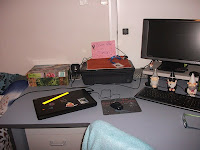 But to her delight, she’d managed to finish what would be her first published novel, killerbyte. Then the redecoration happened. No more windows at the end of the dining room. Now it was a ranch slider to a deck. The desk had grown into a large corner desk. The youngest child was at school. The house was her oyster. The large corner desk moved to between the dining room and living room. Another book was born. Along with it came another baby. The most beautiful baby in all the land. So with the bassinet at the end of her desk she wrote and wrote and searched and searched. Until one day she stumbled upon a home for her work and a new position for her desk. 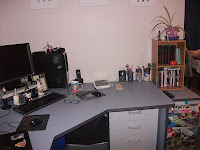 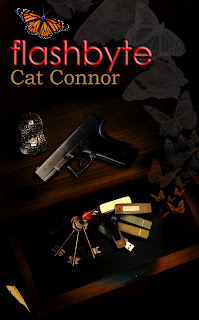 Woken by the news that she’d been strangled in a parking lot, SSA Conway knew it was going to be an interesting day.

The incident escalated into a week from hell with bank robberies, snipers, truly bizarre packages, and more reports of her death. What Ellie did not expect was old friends (good and bad) reappearing, see-sawing with more than the usual amount of kickass energy. Just so Delta A didn’t get bored, the universe tossed in an extraordinary rendition, lost memory, and a visit to the past that anchored the present.

Thank you Cat, for spending some time at Suspense Novelist.

An Interview with J. H. Bográn 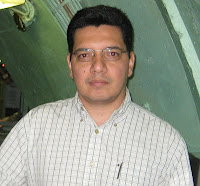 J. H. Bográn, born and raised in Honduras, is the son of a journalist. He ironically prefers to write fiction rather than fact. José’s genre of choice is thrillers, but he likes to throw in a twist of romance into the mix. His works include novels and short stories in both English and Spanish. He’s a member of the International Thriller Writers where he also serves as the Thriller Roundtable Coordinator.


SN: The Assassin's Mistress cleverly leaves out bits here and there that the reader is easily able to fill in on her own. How do you decide what to cut for a short story? Or did you even write those bits to begin with?
JHB: It’s a balancing act. Some of the missing bits were never put to paper, but I knew them in my mind and heart. I made a choice to trust the reader to understand and feel for my characters with the slices I was providing. On the other hand, the fun part of a surprise ending is planting bits and clues that, on a second pass, the reader is surprised to have missed the first time.

SN: Your mother is a journalist. Did you ever have the desire to follow in her footsteps?
JHB: I did follow her footsteps, for a while. For ten years, I helped her run a tourism magazine in Honduras, my home country. From her I learned some of the basics: working against a deadline and, most importantly, the ethics of the trade. A journalist must always tell the truth. I like to write lies—okay, I call them fiction—so I understood I had to walk a different path from her.

SN: What writers have influenced you the most?
JHB: The three accomplished masters that made me think I could write are: Ken Follett, Clive Cussler and Tom Clancy. Recently, I had the opportunity to participate with other thriller writers and discuss our reasons for writing thrillers: our answers were so varied and consistent at the same time. Here is the link to the ITW Thriller Roundtable. 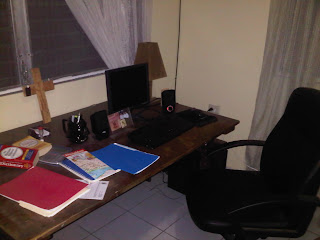 Many of the things there are invaluable: pics of my wife and kids for inspiration; a Darth Vader mug; a wood cross, a paper vase and a lamp made by kids in school; my desk is not a desk but a drawing board inherited from my father in law; dictionaries, papers and a New Orleans map for my current WIP.


SN: What are you working on now?
JHB: I have two very special projects: one is a thriller novel Highland Creek that was just signed with Rebel E-Publishers, so I’m running a final draft before the heavy editing begins. My next book is a mystery about a serial killer prowling around New Orleans.

SN: What question should I have asked that I didn't?
JHB: Interesting question. Perhaps asking about why I decided to release The Assassin’s Mistress as a kindle title. I figured that, being a short story, it had a better chance of finding an audience if I took advantage of this new service to author. It’s a bit of an experiment, but one I’m pleased so far. During the last week of April, the story peaked at #3 in the Action and Adventure genre.

A random encounter leads to deception, love and murder. While vacationing at a ski resort, professional hitman Robert Prescott meets a strange and beautiful woman.
They discover passion and embark into a dangerous game hiding their relationship from her powerful husband. Then a further twist of fate makes Robert’s occupation collide with his new found love.


Thanks, José, for stopping by Suspense Novelist. I really enjoyed The Assassin's Mistress. I wish you continued success.

Posted by Peg Brantley at 1:00 AM No comments: