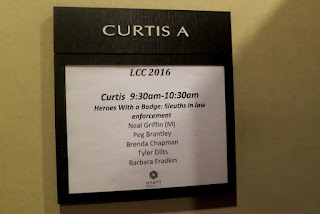 Left Coast Crime is a book conference built around fans of Crime Fiction. It's probably my favorite event in the publishing world.

Attending doesn't guarantee any book sales (I often give them away), but it does guarantee an opportunity to meet readers, existing and new, many of whom become friends. In addition I'm thrilled to connect with writer friends and experience a rare opportunity to "talk shop" with people whose eyes don't glaze over after about five minutes.

This past weekend was no exception. People were welcoming and excited about being in a group of people who love to read cozies and suspense and mysteries and noir and thrillers of all kinds and... well, everything and anything that has to do with crime. I only wish I could have spent more time with more people.

As much as I love the event, I'm always glad to get home and decompress. And get back to the manuscript I'm working on.


It's all better with friends.
Posted by Peg Brantley at 12:19 PM 2 comments: 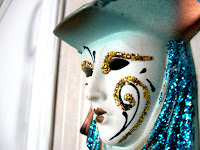 "Seldom, very seldom, does complete truth belong to any human disclosure; seldom can it happen that something is not a little disguised, or a little mistaken." —Jane Austen


But it doesn't stop us from endlessly searching for the truth.


It's all better with friends.
Posted by Peg Brantley at 5:00 AM No comments: 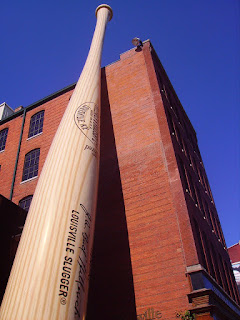 "Don't loaf and invite inspiration; light out after it with a club, and if you don't get it you will none the less get something that looks remarkably like it." —Jack London

Someone asked me the other day what my cure was for writer's block. My answer? Write.

It's all better with friends.
Posted by Peg Brantley at 5:00 AM No comments:

"Making people believe the unbelievable is not trick; it's work. ...Belief and reader absorption come in the details: An overturned tricycle in the gutter of an abandoned neighborhood can stand for anything." —Stephen King


And Stephen King is a master at making his readers believe the unbelievable.

It's all better with friends.
Posted by Peg Brantley at 5:00 AM No comments: 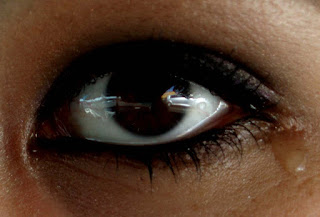 "Fiction is about stuff that's screwed up." —Nancy Kress


Someone commented recently that researching the dark things must be terrible. She was right. It is terrible when you consider that research is based on reality.

Red Tide's research taught me about Human Remains Detection dogs and the difficult but magnificent job they do every day. In The Missings I learned about the vast number of people waiting for an organ transplant, and the fact that many of those people are removed from the list not because they received an organ, but because they died while waiting.

In The Sacrifice I learned more about Santeria than I ever wanted to know and I certainly would never want to embrace it in my private life. The book I'm working on now, tentatively titled Trafficked, deals with the horror of human trafficking. While Santeria is a choice, being trafficked is most certainly not—which makes the research that much more oppressive, frustrating, thought-provoking, and infuriating.

But here's where fiction comes in: I can make the bad guys pay. I can create a satisfactory outcome that sadly, reality just can't achieve on a regular basis. I can help a character find his or her personal strength. They don't always have to be the victim.

In fiction, I can share information that might help open others eyes as it did mine, without making readers feel completely depressed and unequipped.

And no animals are ever killed.


Posted by Peg Brantley at 5:00 AM No comments: