These dogs (and their handlers) are amazing. Recently, the Aurora, Colorado Police Department took over a section of the parking lot at a popular restaurant to strut their four-legged stuff. 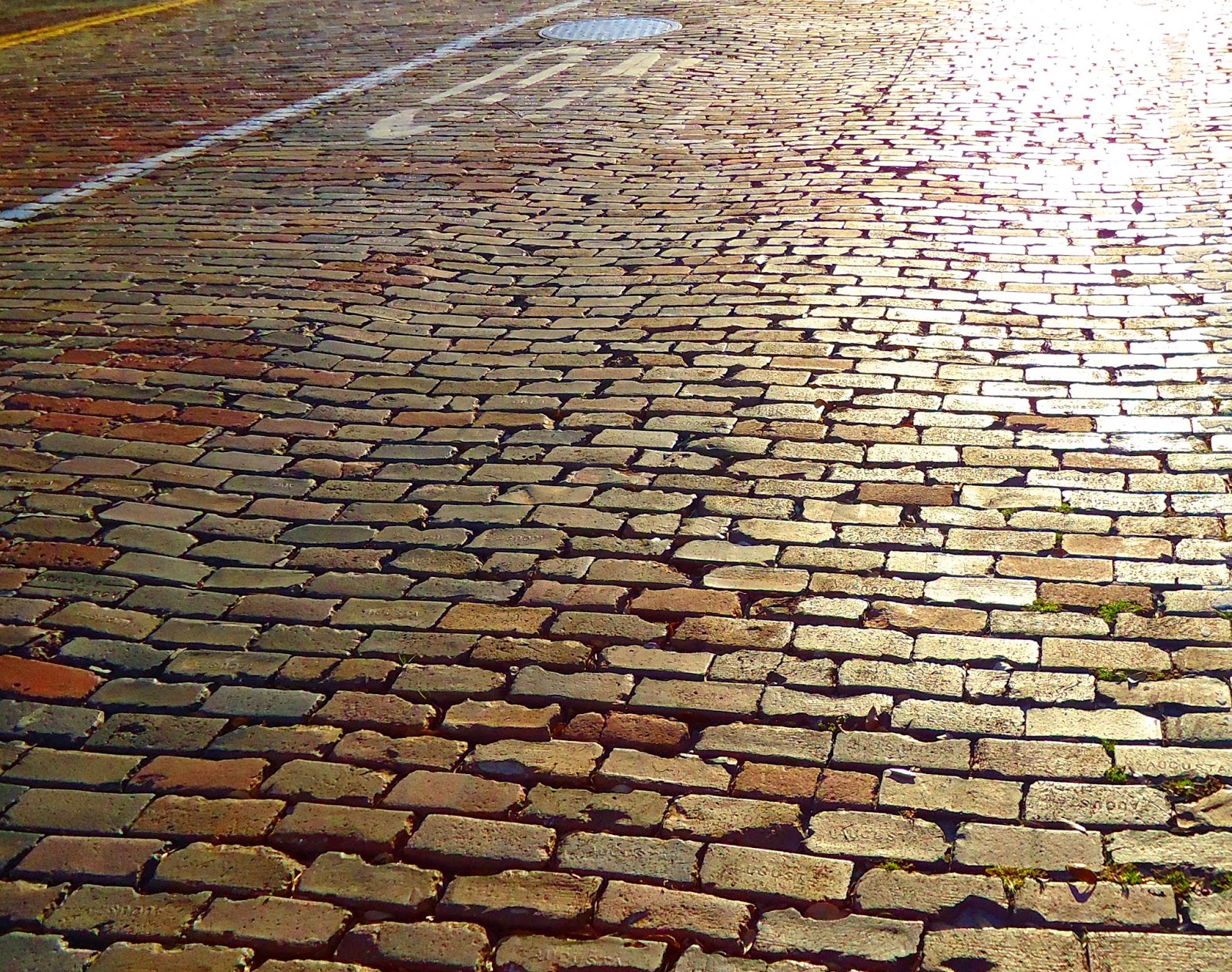 Short but sweet (not):

"The road to hell is paved with works-in-progress." — Philip Roth

This is so much fun! 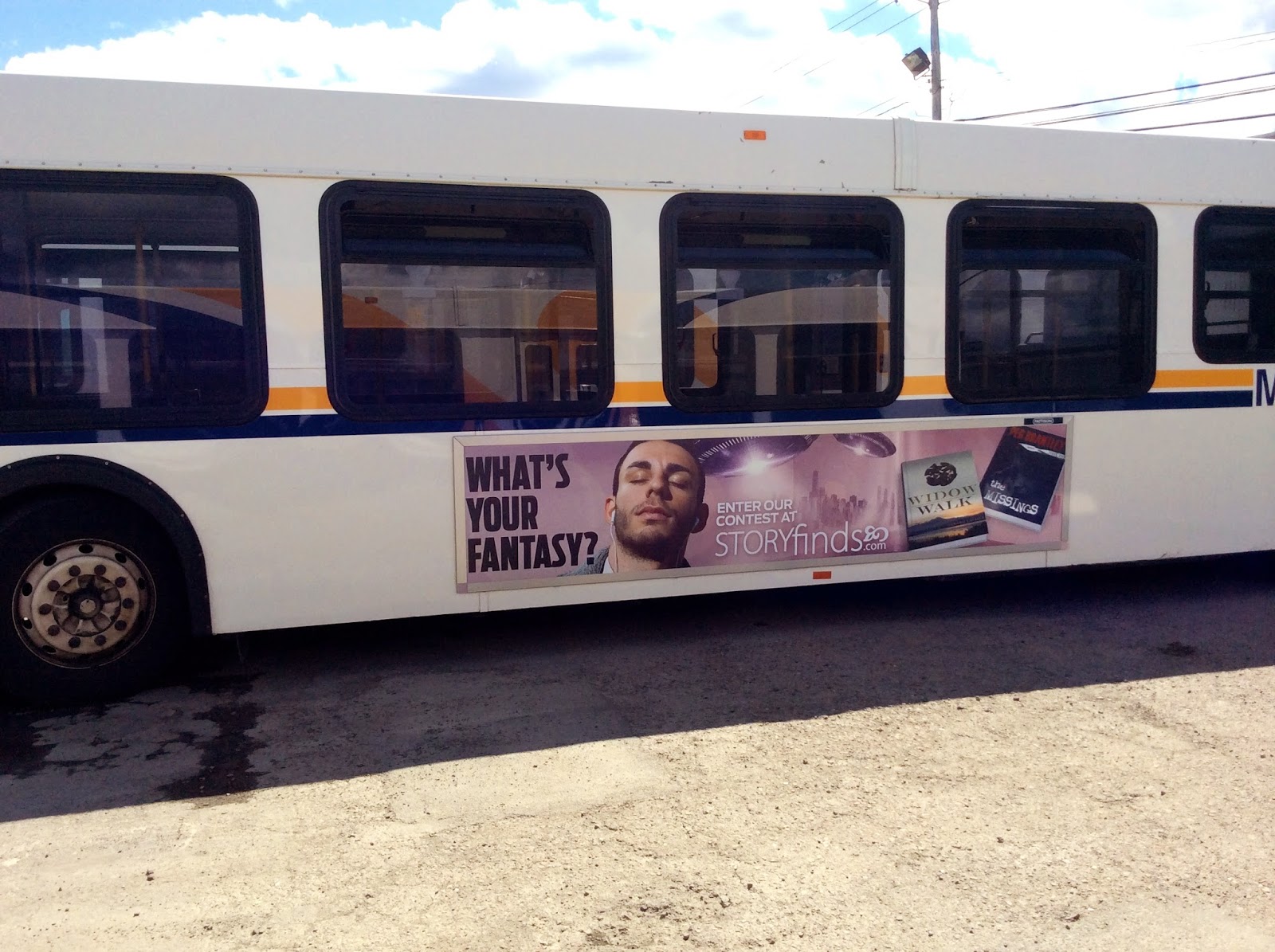 If you or someone you know enjoys audiobooks, this is a contest you'll love!

The buses are Metro Buses in Nova Scotia, Canada, but the contest is open to a whole lot more people!

For more information, go to StoryFinds and check out the deets.

I need to share that I'm pretty stoked to see the cover of The Missings on a bus.


It's all better with friends.
Posted by Peg Brantley at 4:12 PM No comments:

The Importance of Research 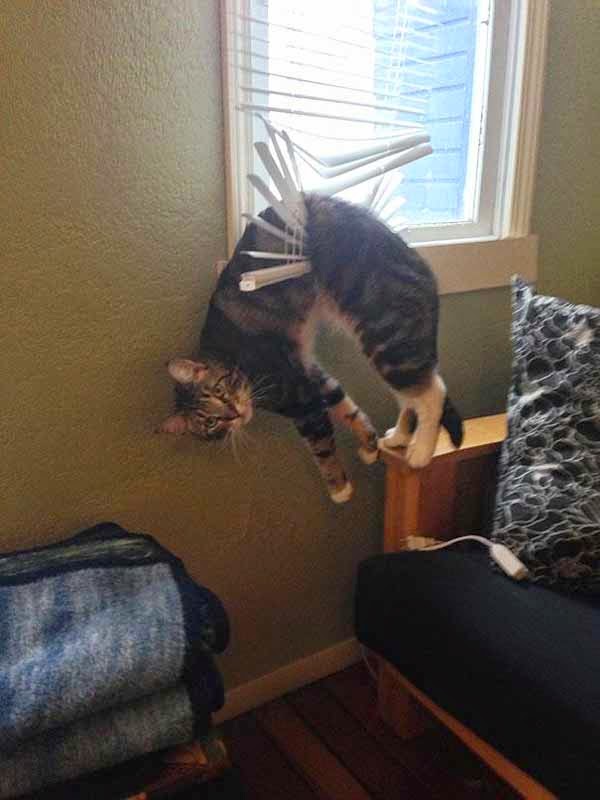 Without good research, we can put our characters, and thus our stories, in unbelievable situations. Readers will throw our books against the wall.

With good research, we can be in the same unbelievable situation, but readers will be right there with us.

Are you with me here?


There is hardly a day that goes by when we aren't faced with a brick wall. When we see that fortress, feel it, smell it... we have a choice to make.

What choice do you make? 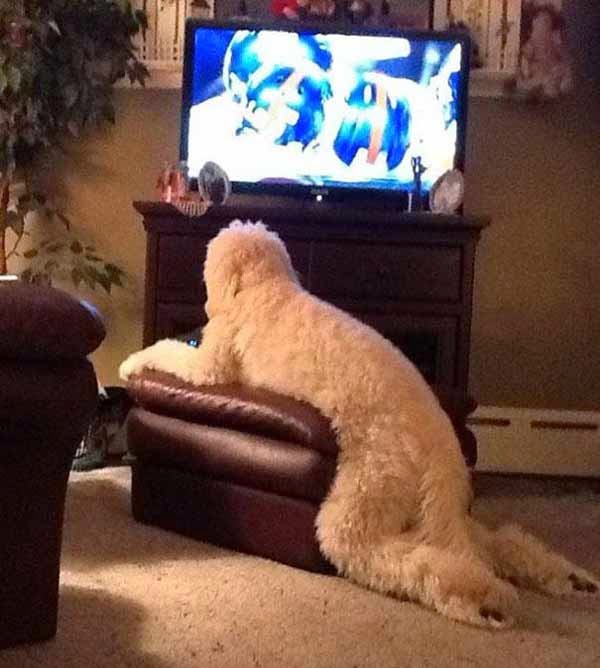 What writer, if you're honest, hasn't been here?

This is when anything, no matter how mundane, seems much more interesting than the scene you're working on.

Here's what helps me get back to it:

Remembering My Readers. Period. The biggest impetus ever.

I've found that simply not wanting to let even one reader down can push me to plow through whatever personal issues I'm dealing with.

Not wanting to let even one reader down can make me understand that someone believes in me, enjoys the words I write, and is eager to read more.

What more could a writer want?

I had this weird thought the other day.

What if (and I know this is edgy) we let the marketplace dictate who wins and who loses?

Before I continue, I think the major contention is the price Hachette wants to set for their ebooks. If that's incorrect, I'm ready to listen.

In my admittedly limited brain, I see an epic fail in Hachette's future given their insistence to price their ebooks outrageously.

Maybe Amazon should simply allow them to work themselves into bankruptcy and everyone could save on attorney fees.


It's all better with friends.
Posted by Peg Brantley at 5:42 PM No comments: 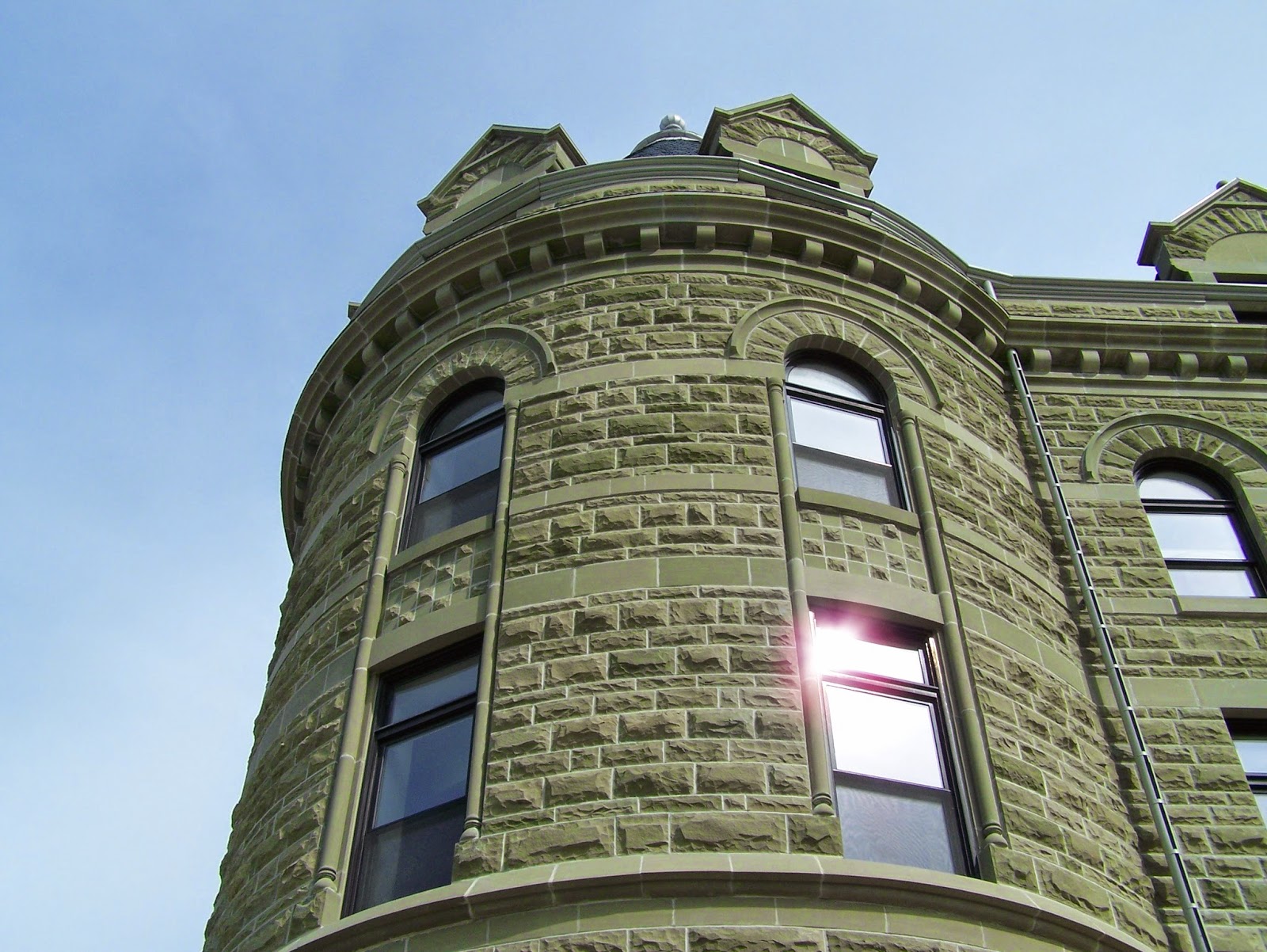 "I'm writing a first draft and reminding myself that I'm simply shoveling sand into the sandbox so that later I can build castles."  — Rachel Stirling

There are days when the sand seems to slip away, so

Meet Jamie Taylor (no, not that one)

If you’ve ever wondered where characters in your favorite author’s books come from, this is a terrific blog hop to follow. The Meet My Character series, written by authors, sheds terrific light on a single character of their choosing, which also might shed a little light on the author!

I was invited to join this parade by Lala Corriere. Here’s a little about her (and how you can meet one of her characters):

Lala Corriere is the author of four titles in suspense, with her most recent work, Bye Bye Bones, scheduled for release in late winter, 2014. Her credits include the endorsement and long-term mentorship from the late Sidney Sheldon, and blurbs from Andrew Neiderman [author of the Devil’s Advocate], J.Carson Black, Paris Afton Bonds, KT Bryan, and CJ West. Lala’s a desert rat. She nestles there with her husband of twenty-five years, two Teacup Yorkies, and an American Curl.
www.lalacorriere.com
Amazon Author Page 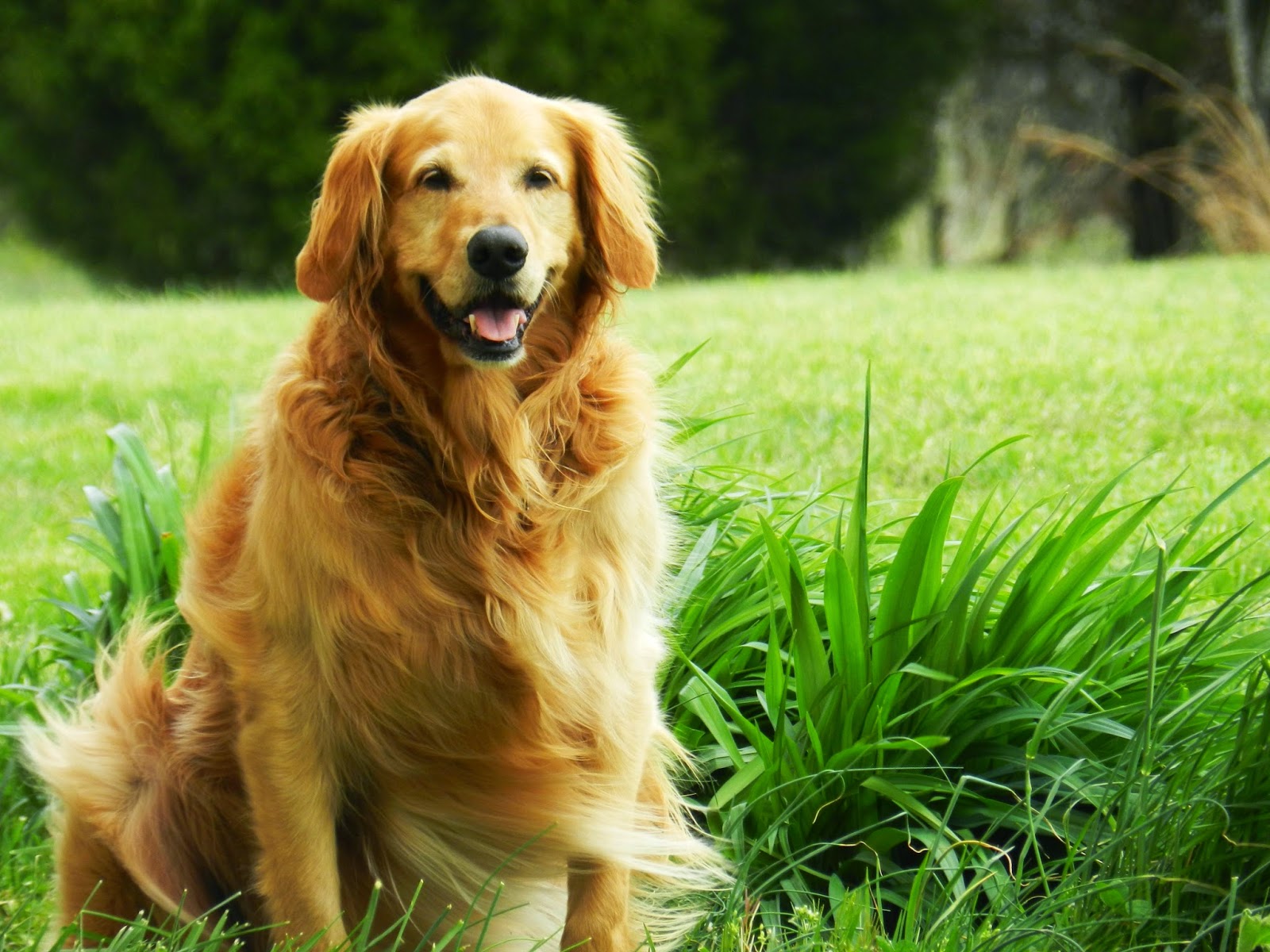 Jamie Taylor recently agreed to be interviewed by Suspense Novelist. What follows are excerpts from that interview.

SN: What makes you interesting?

JT: (laughing) That’s kind of direct. I suppose it isn’t me so much as my dogs. I have four of them, and they’re all working dogs. When we’re not looking for lost hikers in the Colorado High Country, we’re looking for signs of arson, making ill people feel better, or finding evidence of human remains. Each of my dogs has his or her specialty and I just go along to write the reports.

SN: Have you always had dogs?

JT: We got our first dog when my dad took early retirement from an international security company, and we moved to Aspen Falls. I’d always liked dogs—from a distance. But when we got Sammy, I fell in love. If I’ve been disappointed in people, dogs prove that God got something right.

SN: How have people disappointed you?

JT: Where do you want me to start? I have a lousy record of choosing men. Is that me, or is that the men? I was married once, and the only thing I took with me from that experience, aside from the clothes I was wearing when I left, was a six-inch scar that runs from my belly button up to my left breast. I’m not sure an intimate, lasting relationship is in the cards for me.

Then there’s the fact that my mother was murdered.

SN: Wow, I’d say “disappointed” is an understatement. Did they catch whoever murdered your mom?

JT:  We did, but that’s another story.

SN: What are you working on now?

JT:  My accelerant detection dog, Kaji, and I are working on a series of fires in Colorado, many of which have turned out to be arson, and dodging threats from the arsonist, which, as you can guess, makes everything personal. In addition, I’m trying to figure out my relationship with the FBI agent I met a year or so ago. It’s a little dicey given my history.

SN: If readers want to get to know you a little more, where can they find you?

JT: Red Tide is a terrific book, and you can find out about what happened to my mom there, and a little more about my ex-husband. Peg is working on telling the story about arson in Flame Game, where Kaji and I are trying hard to help the investigating detective. That should be available by the end of this year.

Like her fictional character Claudia Rose in the award-winning Forensic Handwriting Mysteries series, Sheila Lowe is a real-life forensic handwriting expert who testifies in handwriting-related cases. She holds a Master of Science in psychology and is licensed to provide continuing education for marriage and family therapists. She also authored the internationally acclaimed The Complete Idiot’s Guide to Handwriting Analysis and Handwriting of the Famous & Infamous, as well as the Handwriting Analyzer software.

Blog: www.algonquinredux.com
On August 18th, it's L.J. Sellers: L.J. Sellers writes the bestselling Detective Jackson Mysteries—a two-time Readers Favorite Award winner—as well as the Agent Dallas series and provocative standalone thrillers. L.J. resides in Eugene, Oregon where many of her novels are set and is an award-winning journalist and the founder of Housing Help. When not plotting murders or doing charity work, she enjoys standup comedy, cycling, and social networking. She's also been known to jump out of airplanes.

On August 22nd, you'll get to hear from Michael W. Sherer: Michael W. Sherer is the author of Night Tide and soon-to-be-released Night Drop. The first book in the Seattle-based Blake Sanders series, Night Blind, was nominated for an ITW Thriller Award in 2013. His other books include the award-winning Emerson Ward mystery series, the stand-alone suspense novel, Island Life, and the Tess Barrett YA thriller series. He and his family now reside in the Seattle area.

Also on August 22nd, it's Gayle Carline: Gayle Carline is a typical Californian, meaning she was born somewhere else. She moved to Orange County from Illinois in 1978 and finally nested in Placentia a few years later. Her husband, Dale, bought her a laptop for Christmas in 1999 because she wanted to write. A year after that, he gave her horseback riding lessons. When she bought her first horse, she finally started writing.

Gayle soon became a regular contributor to Riding Magazine. Then, in March 2005, she began writing a humor column for her local newspaper, the Placentia News-Times, entertaining readers with stories of her life with Dale and their son, Marcus. In 2009, she published her first mystery novel, Freezer Burn, featuring housecleaner-turned-detective Peri Minneopa. She has now published seven books, three Peri Minneopa Mysteries, two humor books, and two books featuring her favorite hobby – horses.

In her spare time, Gayle likes to sit down with friends and laugh over a glass of wine. And maybe plot a little murder and mayhem. She’ll continue to write columns and mysteries as long as there are stories to tell. 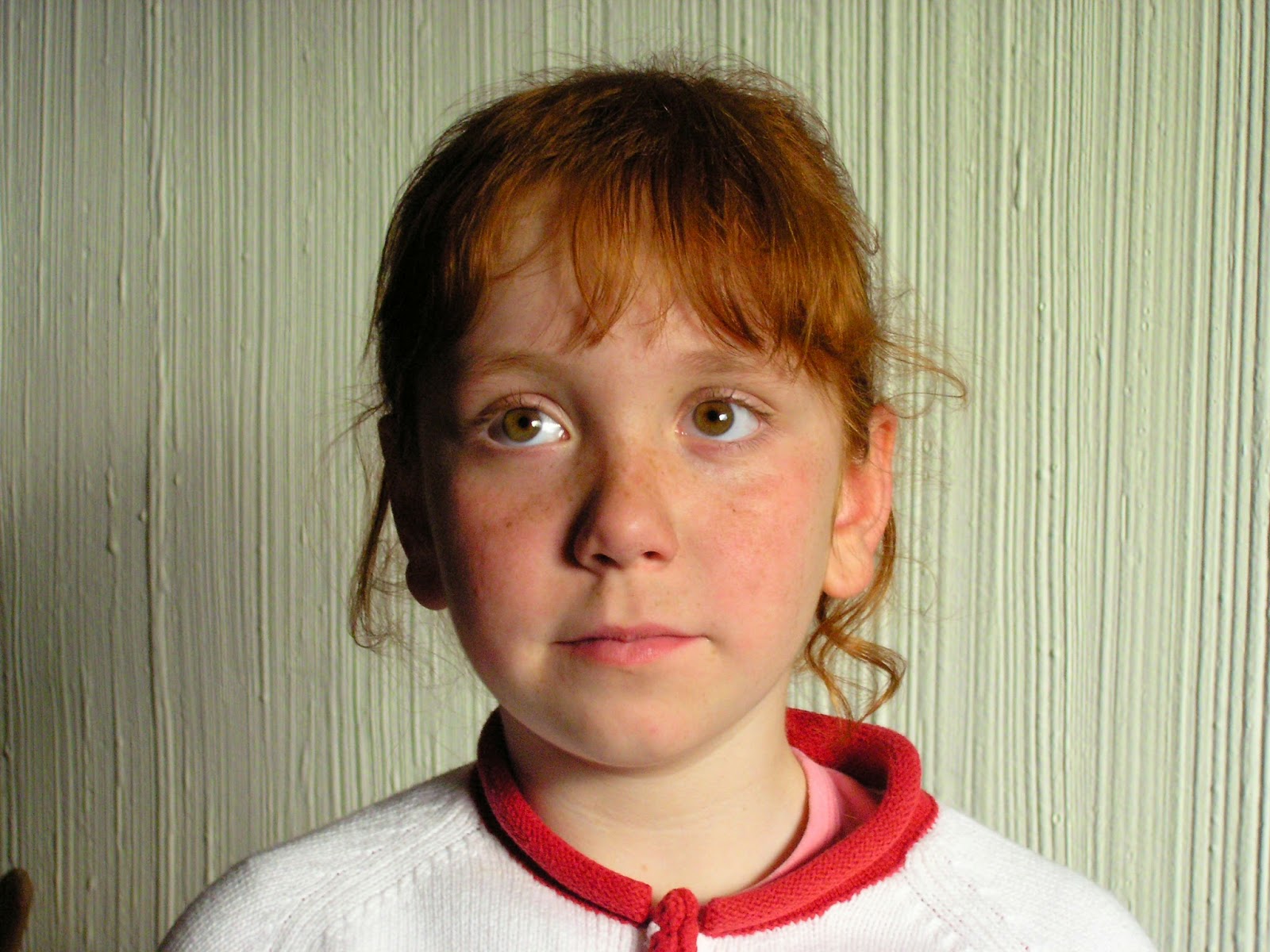 "A person who publishes a book willfully appears before the populace with his pants down."

Being vulnerable is never the place we seek. It is what it is... and

Sometimes a scene doesn't do much of anything. Have you noticed? It doesn't provide any additional information about a character; it doesn't propel the story forward; it feels like filler.

How do you react when you read one of those scenes?

I'm working on a scene now for my new book that I really want in the story. It does show some additional characterization but I think it needs to also do something for the plot.

I've decided to give myself a day, two at the most, to see if I can dream up something that would work. If I can't, my single-mother detective isn't going to meet up with the new guy in town who's a volunteer firefighter as well as a professor at the local college.

It's all better with friends.
Posted by Peg Brantley at 9:17 AM No comments:

Be Hard on Your Characters 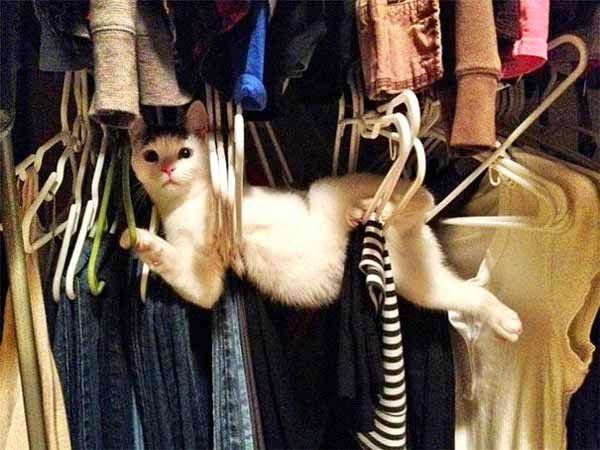 The best thing you can do for your story is to put your characters in difficult situations.

Readers, are you with me here?

Who cares about the cat sitting in a cozy box with the sun shining bright. Well, maybe you do...

but how much more fun is it to catch said cat in a compromised position?

Imagine a sudden bolt of adrenaline and the resulting chaos.


It's all better with friends.
Posted by Peg Brantley at 8:22 PM No comments: