Just Give Me Crayons Do you remember when you were four, and all you needed was some paper and crayons to be an artist? You could sit down and draw whatever you imagined. Your house, a dog, a butterfly—each one a masterpiece.

My mother-in-law is an amazing woman. She is grace and dignity personified. She never goes out in public without being put together. She's never too loud or demonstrative. She's a classy lady. Know someone like her?

She also plays the piano. Well, sorta. Everything she plays sounds the same. But to watch her? Her eyes are closed and if you dare follow where she leads, she's giving a performance worthy of a concert pianist. Watch her closed eyes long enough and you can begin to hear the perfection. Sometimes I can even hear the string section that's backing her up. My ninety-three year old mother-in-law channels her inner four-year-old and brings her forth into the world. She is a concert pianist and there's no taking it away.

So, yesterday, I found myself in the middle of a scene that was bound to be a bit complicated, and was concerned the details might be a bit off. Without creating an Information Dump, the pieces needed to convey an authority that would generate trust in my reader.

And then, I found my four-year old. The one that could only create a masterpiece. Failure was not only not an option, it wasn't even a word I understood.

This morning when I read the words I wrote? One of those 'love it' moments. That wee bit of confidence gave me the power to forge on. This afternoon, I'm almost certain I penned a symphony. Or, the very least, drew a pretty good likeness to a dog.

CR: Rain Gods by James Lee Burke. I restarted this book last night because my schedule had forced me to put it down, and Burke requires more from me. Do you see how quickly he trains his readers? This is my first book of his. A little bit of power?

It's all better with friends.
Posted by Peg Brantley at 6:56 PM 3 comments:

Today I was busy cleaning the main level of our home. And yesterday was the walkout and a bit of the bedroom level. And the weekend was given over to our wonderful granddaughter.

Tomorrow is laundry and whatever other chores need doing.

It feels like it's been ages since I've written a word and I'm gonna have to play catch up—with myself.

Ever feel tired and behind and well . . . poopy?

How could I let something I want fall so miserably to the side?

I've never been able to come up with anything better.

Have you?
Posted by Peg Brantley at 7:06 PM No comments:

No Gorillas in the Mist 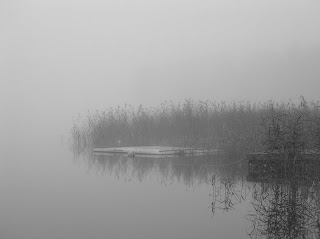 So far, the manuscript I'm working on is what I'd always dreamed writing would be like. Knock wood.

Yes, it's work, but it's incredibly gratifying. The story is there, I don't need to go hunting (much) for it. It's all in a wonderful refreshing mist hanging right in front of me. All I need to do is pull the molecules together and get the words down. This is the first time I've ever experienced an almost living organism with my writing, and hope this is the way things roll for me from now on.

What's the difference between this one and the others I've worked on?

1. The entire story began with a mystery. A tiny news story caught my eye, and my Intrigued Button was pushed. Pay attention to those little headlines that make you look twice.

2. I've worked hard at learning the craft of writing. The critiques and edits and courses I've taken are giving me confidence. Finally.

3. I began with some solid research into the story concept before I ever wrote a word. Research has a way of redirecting your story. It adds both credibility and depth because, with good research, you don't have to gloss over a story concept in hopes no one will look too close.

4. I found some amazing characters. Strong, flawed, passionate and unafraid. These characters came to me fully formed, even those who withheld their secrets. They've brought in sub-plots and issues I hadn't originally considered.

5. Brainstorming. Friends who are also writers are the greatest gifts I could have (aside from a puppy). From fleshing out plot ideas, to seeing the best motivation, to knowing what the first scene absolutely had to be.

6. A road map. Brainstorming early (alone and with another writer) led to notes and a rough synopsis. Not everything is spelled out (I'd be so bored) but the major plot points are there for me to know in which direction to aim.

7. The Story. And I'm back to the beginning. The initial concept had to be intriguing enough to mushroom into more. Without depth and color and mist-ery, a writer can only go so far. I just hope I can meet the challenge of the story.


Right now I'm in Writer Nirvana. Hoping that if there are any gorillas in the mist, they're there to bring tension to my characters, not to me.

Have you found an evolution with your writing?

It's all better with friends.
Posted by Peg Brantley at 1:25 PM 2 comments:

When the Past Embraces the Future

This video is from the Sisters In Crime Summit trip to the west coast. It's their final installment until they get back to town and share the written report with the entire membership.

There's a wee bit from the CEO of Smashwords. I can't help but think there will be a whole lot more information in the written summary from this very hot publisher.

One of the ideas I had never considered about the benefit of e-publishing is a reader's access to backlist. Helen Sandoval, a member of the Northern California chapter of Sisters In Crime made the point that if she went to a bookstore, and they had book five in an author's series, but not one through four, how very cool to pop them into your Kindle or iPad or other e-reader. Everyone wins.


CR: Last night a movie rerun actually held more appeal to me than the book I'm reading. I will be giving the book another shot tonight, and I promise to kick my snarky attitude to the curb and open the covers with anticipation.

It's all better with friends.
Posted by Peg Brantley at 8:00 PM No comments:

A lot of things are changing in publishing, and they're changing fast. I don't believe this is the death of the paper book, but I do believe books will be read electronically at previously unimagined levels. As the medium is tweaked and improved and made more and more user friendly, e-books will find even bigger audiences.

Sisters In Crime, an organization I highly encourage you to join if you haven't already, is on a "summit" trip this week, and the video clip below talks a little bit about their visit to Google and Apple in California. The president of SinC, Marcia Talley, gave me permission to post this video. I hope you find it heartening.

CR: I'm still reading the book I'm not entirely sure about, looking for the story.

It's all better with friends.
Posted by Peg Brantley at 12:01 PM 3 comments:

ARE YOU A WRITER OR WHAT?

First, a bit of a rant and then on to what I want to talk about.

I'm reading a novel right now by a best-selling author of many books. This is the first one I've read of hers. The writing is good, I'm pretty sure the story will eventually be good, but I'm so bored with the relationship between these two characters I can hardly stand it.

They have a history. I get it. But every time the storyline seems to be moving to THE STORY, their history is mentioned yet again. I get it already. I'm beginning to believe that this rather thick paperback could have used some serious editing. And frankly, I'm a little concerned about how many scenes might be incorporated later because "sex sells" even if it's gratuitous and has zilch to do with the story. (There has been none up until this point, but it sure looks like the groundwork is being laid . . . so to speak.)


I included something from James Scott Bell's The Art of War for Writers a while ago about acting as if you are a successful writer. Not in any kind of prima donna way, but with assurance and confidence. You can read that post here.

In the August 2010 issue of The Writer (a magazine I can usually always get something out of), there's an article where several top-notch authors share the best advice about writing that ever came their way. The price of the issue is worth this article alone.

I've picked one to talk about because I think it's important (and have recently discovered Alafair Burke). Ms. Burke tells readers that the best advice she ever got was to think of herself as a writer. Period.

If you don't treat yourself seriously, who will? I know of a wonderful best-selling inspirational author whose husband still thinks of them as "those little stories" his wife writes. Um . . . what?

We can begin to feel silly if we're not agented or published or selling screenplays or having people write us enormous checks for doing what we love to do. We get uncomfortable seeing ourselves as writers because we're a little lower on the writing pyramid, and it's a long way up. So, we let other things mess us up. We feel guilty for the time and effort this job requires.

My friend and critique partner, Kelly Irvin, once commented about how difficult it was for her to spit out the words that she was a writer. Her first book was published this year, with a second contract from the same publisher, and a two-book contract just in from another publisher. I think, for Kelly, it's a little more real now.

But what about the rest of us?

(By the way, Sue Grafton said the best advice she ever received was, "Park your butt at your desk and get on with it.")


CR: Aha! You thought I might slip. Nope. No way. Unless I decide I really, really like this book, it's not gonna show up here.

It's all better with friends.
Posted by Peg Brantley at 11:51 AM No comments:

Roddy Doyle's Irish brogue is a pleasure to listen to.


CR: Through the Cracks by Barbara Fister

It's all better with friends.
Posted by Peg Brantley at 11:21 AM No comments:

A Few Things for Writers

Diane Chamberlain suggests we should know the ending for our story before we begin writing. I wonder how well she thinks we should know it. I've got the general gist, but very few details. The only thing I know for absolute-sure is that no dog will die in the making of this book. Beyond that, I'm flexible.

CR: Through the Cracks by Barbara Fister (which, by the way, while reading during my lunch break today, provided an epiphany for my new project. Thanks, Barbara!)

It's all better with friends.
Posted by Peg Brantley at 2:39 PM 1 comment: