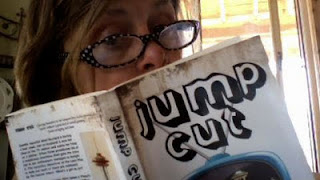 I started out as a mystery writer, cutting my teeth on Marcia Muller and Sue Grafton. I wrote my first books in first person, the way of tradition. The detective asks you to tag along on her case; you as the reader see what she sees, know what she knows. The clues are fair, the world is -- mostly -- rational and sensible (and violent.) There is a strong attraction to this type of novel. It appeals to those of us seeking justice in an unfair world, for ourselves, for others. And especially for the detective, and whoever she is working for in the mystery.

Suspense, like the rich, is different. I found that out when I started to write more complex novels with multiple points of view. A variety of characters is not really what makes the suspense novel different from the mystery. It’s the difference between the rational and the emotional. But it’s not that simple either. 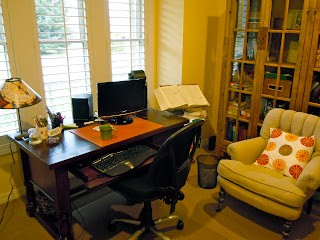 When I first started to write, expressing the emotions I felt into words was one of the hardest things. I would be sitting at my computer, crying my eyes out because what I wrote moved me. (Yeah, I know! We all love our own words, right?) But did anybody else feel the same emotion when they read what I’d written? To figure out what moved me, how I felt, was one of my main motivators to write. I was, and still am, a completely intuitive writer. (This means I usually have no idea what my book is truly “about” until I write it. I can outline and plot -- and must for thrillers -- but the underlying theme is often revealed en route.) And I am emotional. My friends will tell you that I cry during Hallmark commercials. But transferring that feeling inside me to the written page was difficult. It still is.

But the cool thing about writing suspense is that creating feeling -- emotion -- is what it’s all about. According to Wikipedia suspense is “a feeling of uncertainty and anxiety about the outcome of certain actions, most often referring to an audience's perceptions in a dramatic work... may operate in any situation where there is a lead-up to a big event or dramatic moment, with tension being a primary emotion felt as part of the situation.” In the thriller suspense becomes the main narrative thrust. (I love that term: narrative thrust! I think it means, um, suspense.) What will happen to the protagonist? Will the bomb go off? Will the city be saved? Usually there are a number of unanswered questions, possibilities, mysteries. The writer must juggle them all to keep suspense going strong. 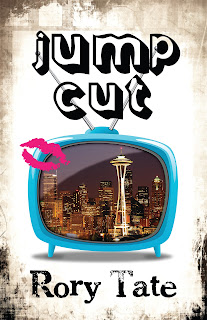 Organizing the suspense thriller is challenging. Where to stop a scene for maximum effect? When to show the point of view of the antagonist? In my new novel, JUMP CUT, one of my main challenges was keeping the threads of two seemingly separate criminal cases and one terrorist action from fragmenting the suspense. Plus keeping the focus on the main character, a television reporter in Seattle, who is not actually an investigator but is a seeker of truth. The other (sort of) main character is a narcotics detective who the reporter meets when three prostitutes overdose on tainted heroin. Between their personal career implosions they have to save Seattle from a terrorist attack. Just a few things going on.

It’s tough keeping those balls in the air. But man, I love to juggle. Good thing, right?

JUMP CUT is the debut thriller by Rory Tate. As Lise McClendon the author has written seven crime novels, including Blackbird Fly, a suspense novel. Both of them live out where the deer and the antelope play in Montana. For more about JUMP CUT, and to read a sample, visit the website. JUMP CUT is available in electronic and trade paperback through all major bookstores, including Barnes and Noble; Amazon Books; and Amazon Kindle Store. Goodreads.com is currently holding a contest for free copies of JUMP CUT. Enter and win! Rory Tate is featured on the Thalia Press Authors Co-op.
Posted by Peg Brantley at 5:00 AM