I confess that had I been asked by just about anyone other than former CFC blogmate and thriller-writer, A.M. Khalifa, to participate in a Blog Hop I would likely have taken a pass. But A.M. is a friend, he's talented, and I want to stay connected with talented friends and readers. To find out what A.M. had to say in a brilliant way, you can check it out here.

Everyone's writing process is unique (mine is always getting tweaked), but even after only three books, I have found some things that work well for me. I hope those of you who are writers can find something useful, and that readers will find something interesting.

At the end of this (way too long) post, I'll be passing the baton to some other writers so they can share their madness. Their posts will air on May 17th, so be looking for them. Each of us are answering the same four questions. So without further ado... because this is easily the longest blog post I've ever written...

I love this question because it let's me express how incredibly lucky I am to have readers who not only enjoy the stories I write but have grown to care about the characters as well. Because of them (the readers more so than the characters), I'm writing what will ultimately be the third book in the Aspen Falls series. This one is called Flame Game.

FG will bring back Jamie Taylor and her dogs with a wonderful new addition who shines in the spotlight. Kaji, Japanese for fire, is an accelerant detection dog. In Red Tide, Jamie and her sister Jax were almost killed in a fire. Yes it was one they set, but they didn't have much choice. Kaji is a natural addition to Jamie's four-legged brood. We'll also get to know Terri Johnson a little more. Terri is a detective who, in The Missings, adopted the daughter of a woman who was a victim of domestic violence.

Although I don't write romantic suspense, relationships will always play a role in my books because they play a role in our lives. In FG, the pairings that showed some promise in my first two books are continued, and there might be a new one in the offing. Just sayin'.

And since I have your attention, my fourth book, The Sacrifice, will also be turned into a series thanks to reader interest. The Sacrifice was a finalist for an award from Colorado Authors' League and is also a finalist for the Colorado Book Awards. Both acknowledgments provided affirmation that fed my own fire. I'm hoping to put some of my international travel to good use in the next installments, 'cause Mex Anderson is just that kind of guy.


2. How does my work differ from others of its genre?

As a thriller writer who happens to be a woman my books are going to automatically differ from the norm. My female characters might be flawed, but they're strong.

And while the plot is critical, the connection to the people I toss into the plot is as important.

Another thing I try to do with each book is to expose a relevant social issue. For example, in The Missings, topics include illegal immigration and organ donation. In The Sacrifice, I attempt to take depression out of the closet and highlight its manageability. All while still providing an entertaining escape for my readers.

In a much earlier incarnation, The Missings was women's fiction as opposed to a thriller. Say what? Yep. I was about to submit it to a contest when it occurred to me that I might actually win. And if I did I might be stuck writing women's fiction. Not that there's anything wrong with women's fiction. I love Anne Rivers Siddon and Maeve Binchy and many others. But writing it? Again and again? It would have been wrong for me.

The night I made the decision to not submit my manuscript and to rewrite it as crime fiction was one of the best night's sleep I'd had in months.


4. How does my writing process work?

Here's what works for me at this moment (and remember, if you quote me, date me... things change):

This is my favorite part: Ideas come constantly. The trick is to figure out which ideas are big enough for an entire book and which are best suited for short stories. Or a blog post. So I need to kick ideas around for a bit. If one sets its hooks in my head and I can feel a book in its bones, I sit down and write a free-form stream-of-consciousness blowout. I type (or write longhand) like a madwoman. I'll ask questions and answer them. I'll pose a possibility and veto it then move on to something else. It's the messiest bunch of seemingly disjointed thoughts you'd ever want to see. And believe me, you probably wouldn't. But for me, it confirms that the idea will stretch and hold.

This is my favorite part: From my SOC document (Stream of Consciousness) I'll get a ton of stuff I need to research. The cool thing about research is that it often leads to new plot ideas. And I learn so much! From just the few books I've written, I've learned about human remains detection dogs and how they search; about a special algae and drones; about organ donation and depression and prisons. And now I'm learning more about fire and accelerant detection dogs. How cool (or hot) is that?


This is my favorite part: Developing a Scene List. A fluid and incredibly delicious roadmap. I know I want to get from one plot point to another but I'm not exactly sure how I'm going to get there and I'm completely open to taking a side road. When I sit down to put flesh on those scenes and bring them to life is when the magic happens. Sometime I just sit back and become a recorder of events. Those are the days when writing is especially invigorating.


This is my favorite part: After I finish the first draft, I read and revise and rewrite and delete and buildup and add and well... really write the book. I do my best to check for flow and timelines and bumps and holes. If I don't completely hate the story after hammering and cutting and stretching and barfing occasionally, I know it holds promise. I'm not at this stage for Flame Game, but I've learned one of the things that always trips me up is my timeline. And I'm visual. So the windows by my desk get converted. By the end of the first draft it will look like a weird stained-glass sticky-not window.


This is my favorite part: I send the manuscript out to beta readers for their input. My beta readers are like a critique group on steroids. They help me push my story to the next level.

And then truly, this is my very favorite part: I hire a fabulous editor who can easily catch my vision. Who pushes and prods and questions and hardly ever gives me a high-five. Who, in the end, is as much responsible for the success of my book as I am.

Oh, wait... another favorite part: Working with a talented cover designer to come up with a cover that reflects the story with a quick pass of an eye.

Can you tell I love what I do? And I'm so grateful to the readers who make it possible. You're as much a part of the writing process as anything!

NEXT WEEK, look for some more fun and secrets from Michael Sherer and Leslie Budewitz on their blogs. You won't be disappointed! 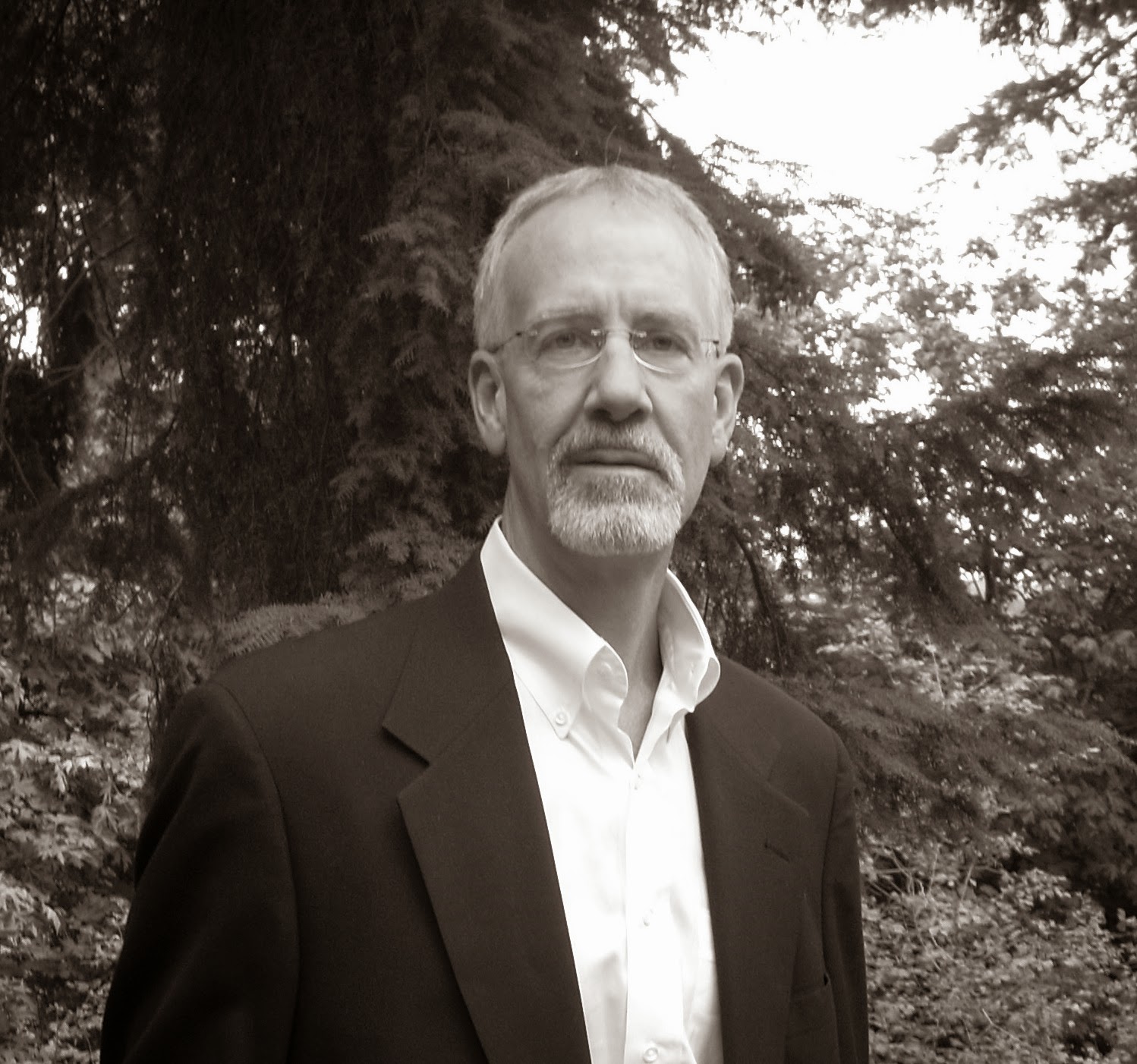 Michael W. Sherer is the author of Night Tide and soon-to-be-released Night Drop. The first book in the Seattle-based Blake Sanders series, Night Blind, was nominated for an ITW Thriller Award in 2013. His other books include the award-winning Emerson Ward mystery series, the stand-alone suspense novel, Island Life, and the Tess Barrett YA thriller series. He and his family now reside in the Seattle area. 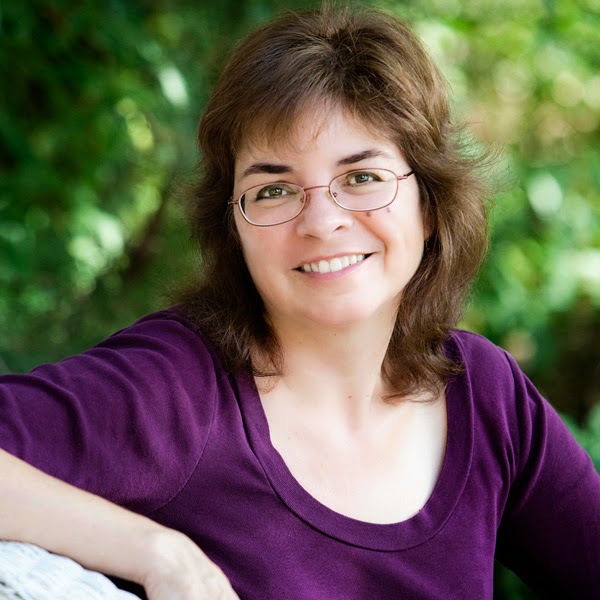 Leslie Budewitz is the bestselling author of the Food Lovers’ Village Mysteries, featuring Erin Murphy, manager of a local foods market in Jewel Bay, Montana. Death al Dente, first in the series, won the 2013 Agatha Award for Best First Novel. In Crime Rib, a hot new TV show comes to town to film the annual steak grill-off. When a contestant is killed, Erin must investigate to keep the town’s reputation from going up in smoke. (Out July 1---available for preorder now.)